Between the Obama administration's flurry of regulatory activity in January and the threat of sweeping executive actions on the horizon, EHS managers are likely anxious about the coming months. Regardless of the uncertainty that exists in the current regulatory environment, there are a number of significant changes occurring in the first quarter of 2017 that organizations should be aware of and taking action on. For Dakota clients, below is a summary of the major changes we are working on along with a summary of potential impacts:

These are just a portion of the recent regulatory changes being made to Dakota's regulatory database. They represent real changes to major regulatory programs as opposed to editorial or technical corrections, and they are likely to affect a substantial portion of Dakota’s clients as well as all industrial companies.

As always, Dakota’s regulatory team is hard at work updating Dakota’s Regulatory Library. As these changes occur, Dakota customers can remain confident that we will continue to provide you with the insights and guidance needed to manage compliance activities across your organization. If you have any questions about how these changes will impact your individual facilities, our compliance services team is here to help. Just email us at cs@dakotasoft.com. 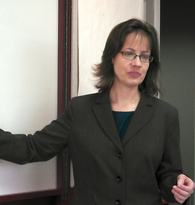